The riddle of Three Jokers will finally be answered

Three Jokers mini series comic from Geoff Johns and Jason Fabok. Over on Entertainment Weekly, Geoff Johns and Jason Fabok talk about their upcoming three-issue series Batman: Three Jokers. The first issue drops in June, but hints of three Jokers have appeared in other comics already. In issues of Justice League and Rebirth #1, Batman learns by using the Mobius Chair to get Joker’s real name, but the answer he got back was, “There are three”.

So who are the three Jokers? Well, Johns and Fabok point to crucial moments in the Bat-family where Joker had the most significant impact referring to The Killing Joke, in which Joker shot and paralyzed Barbara Gorden, and A Death in the Family when Joker killed Jason Todd.

“The world doesn’t need just another Batman-Joker story. One of the reasons I’ve never done one before is because there are so many amazing ones, so I was only gonna do one if it was different and surprising and looked at the Joker and the meaning of the Joker and his effect on Batman and his family in a new way. We’re not introducing a multiverse of Jokers, we’re not out to change these characters forever, but we are turning over some rocks about these characters and their relationships.”

Hop over to EW for the full interview, and be sure to check out the cover art as well as preview interior art.

Who are the three Jokers?

That’s the big question. Something that Geoff Johns never explained and left the readers to figure out. Fan theories range all over the place. 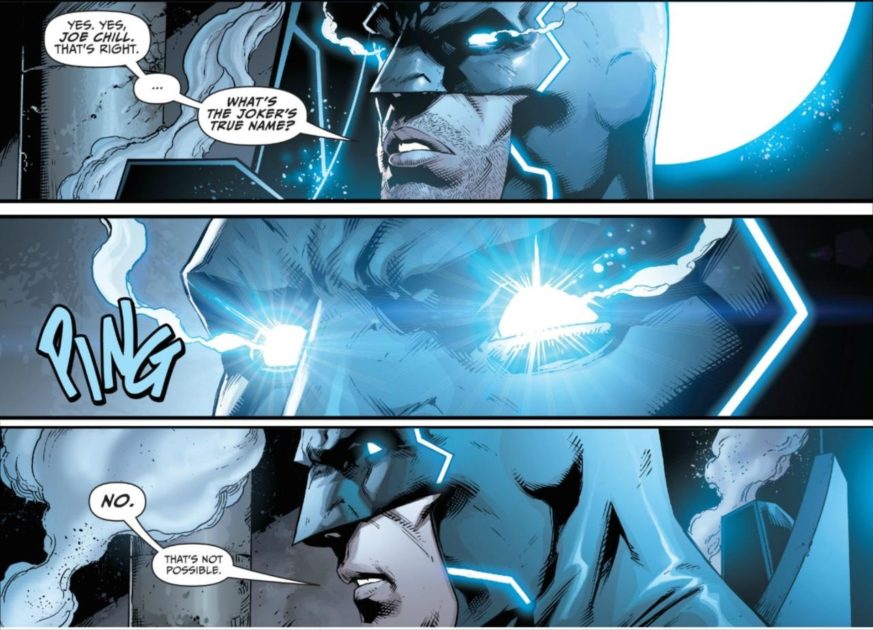 Those personalities fit into the different eras of comics too. Golden Age Joker would be the “crazy” one. He first appeared in 1940 and liked to use laughing gas, and terrorize his victims.

Silver Age Joker changed his tone after the Comic Code Authority frowned on all the murder. Instead, he drove around in a purple car and wore a long coat ala Chicagoland style gangster.

The modern Joker believes that he and Batman need each other, that one cannot exist without the other. 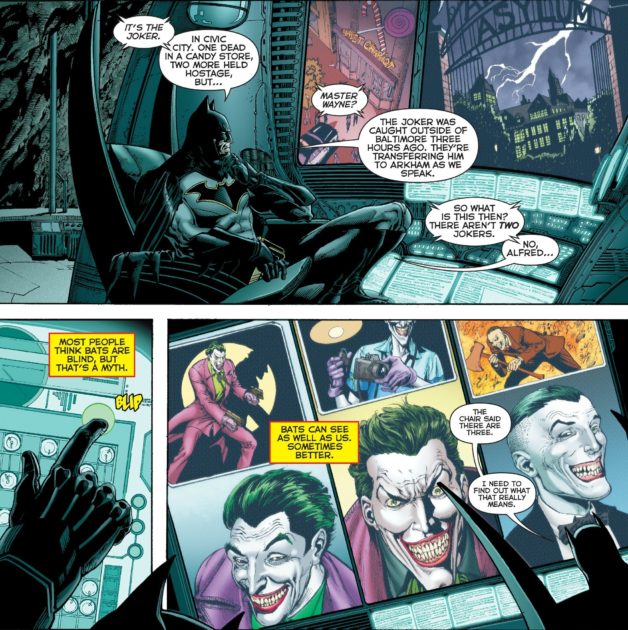 So, are these the jokers that we will see in Batman: Three Jokers? Did they come from alternate timelines as the result of something Dr. Manhattan did, or has there always been three of them, and Batman never knew?